TL;DR – Dando had a hot night. The Miami comedy scene is a charming wasteland. Denver’s Comedy Works club is a model that could help terraform bad comedy scenes into sustainable laughitats. 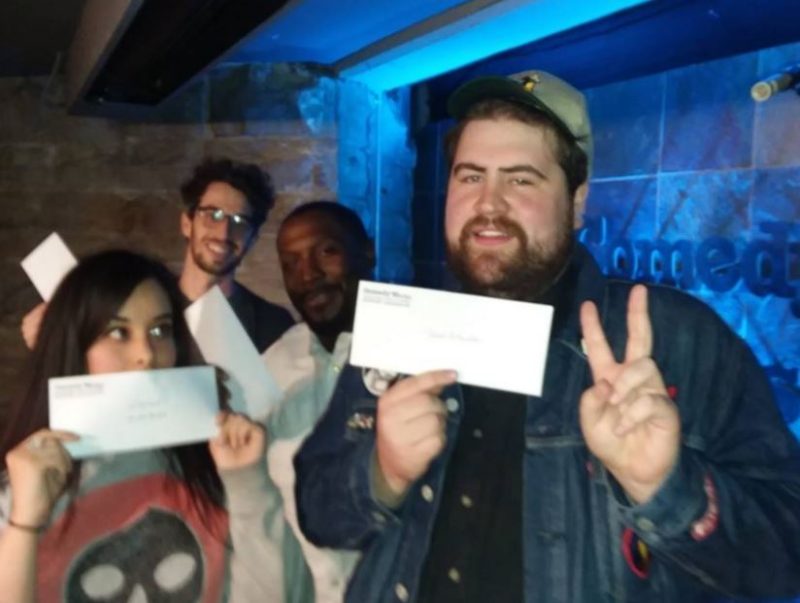 This week I advanced to the second round in the Comedy Works New Faces contest!
I only mention it (humblebarf) for perspective. Back in my comedy-hometown, Miami, the current controversy is comedians using stolen/internet jokes to win contests.
If that sounds unbelievable, congratulations on having a good comedy childhood. Sadly, this is a regular crime in smaller scenes and outsider contests. The less connected and valued the comedy scene, the less that place will care about originality, creativity, and variety – things that true comedy scenes hold both sacred and basic.
It’s like how we can’t move forward with fighting climate change because Republicans won’t concede it’s a thing. The same goes with any scene that doesn’t reward originality, and see it as a foundational aspect of modern stand-up.
Comedy contest in themselves are curious beasts. I’ve never enjoyed them but learned to see their value – exposure, getting used to pressure, and getting used to failure. I’ve done a swath of dubious contests often because those were the only gigs available. I learned to see which contests were purely money-making schemes. I learned to Google random great jokes from stuttering first-timers. I learned sometimes they win anyway.
I’m not trying to brown-nose the club, but to relay to you my relief that business doesn’t always corrupt art. Sometimes it’s a trellis to grow juicy joke-matos (to later be thrown). A club that cares about who is on stage before how many are buying drinks is one of the pillars for a solid scene. It’s not a novel concept, but considering there are no surviving comedy clubs in South Florida – population 6 million – even the obvious ideas are spread along the beach like seashells, easily appreciated and forgotten.
Posted in Blog on 22 May 2017 and tagged comedy scenes, ComedyWorks, Denver, miami, New Faces, originality
No Comments »
Cancel comment response